Sleepytime Tea is one of the most popular brands of bedtime teas that are used medicinally as a sleep aid. Drinking herbal tea to help with sleep is considered safer and healthier than using sleeping pills, which can lead to dependence and side effects.

Sleepytime tea is an effective sleep tea to help improve sleep hygiene because its botanical ingredients have been proven to produce several medical benefits related to sleep, relaxation, and stress relief. Sleepytime tea is considered safe to use by the Food and Drug Administration (FDA).

Sleepytime Tea made by Celestial Seasonings is a healthy bedtime drink that can relax you and improve your sleep, but it’s not for everyone. Read on to learn more about Sleepytime tea and the active ingredients that make it work.

Sleepytime Tea is considered a healthy sleep aid because its active ingredients have several documented benefits. It’s one of the best teas to get a good night’s sleep after a long day and it’s easily found at any grocery store. Here are the health benefits associated with Sleepytime Tea:

Since the ingredients in Sleepytime Tea are classified by the FDA as Generally Recognized as Safe (GRAS), it is an ideal option for working through sleep hygiene issues while also taking in other beneficial botanical compounds. 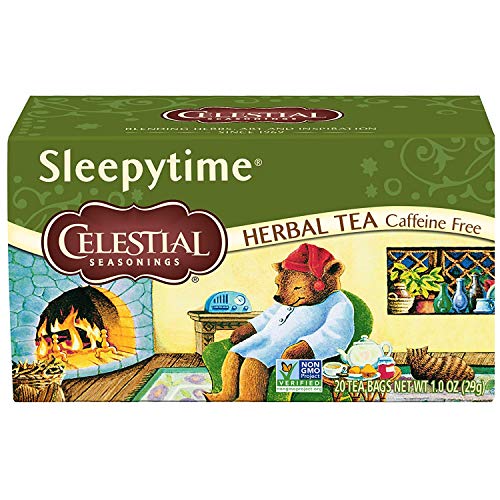 These are the main active ingredients present in Sleepytime Tea and its stronger variant, Sleepytime Extra Tea. All of these herbal medicines have a long history and conclusive evidence that they are effective herbal teas for sleep and sleep disorders:

Even though some of the ingredients in Sleepytime Tea may have adverse side effects in some people, they’re generally considered harmless.  This kind of herbal tea can make you sleepy.

How Long Does Sleepytime Tea Take to Work?

Depending on whether or not the drinker has a full stomach, sleepytime tea takes approximately forty-five minutes to kick in. The effects of Sleepytime Tea are much more effective if the tea is consumed for at least two weeks.

Is It Safe to Drink Sleepytime Tea Every Night?

According to the FDA, it is safe to drink Sleepytime Tea every night. None of the active ingredients in Sleepytime Tea are related to chemical dependency, and none of them cause adverse effects in large doses.

The only scenario where it would not be safe to drink Sleepytime Tea every night is if the person drinking it has an allergic reaction to any of the ingredients present. 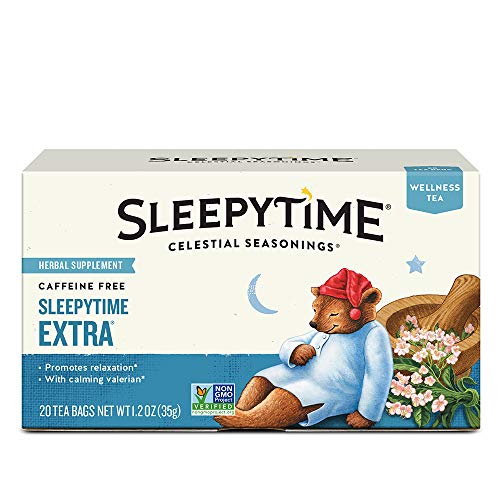 Sleepytime Tea is good for you and can help you fall asleep, but there are some tips you can follow to make your use of the tea more effective. Here are the best ways to consume Sleepytime Tea to get the most out of it before bed:

Even if you don’t notice a large difference in your level of sleepiness after drinking Sleepytime Tea, it’s still worth making it part of your nightly bedtime routine. The botanical chemicals contained in the tea are beneficial whether they make you sleepy or not.

Side Effects of Sleepytime Tea

Most of the side effects associated with Sleepytime Tea are positive, such as mental relaxation, physical relaxation, and sleepiness.

If any of these symptoms are experienced after drinking Sleepytime Tea, you should stop using the tea at once and consult your physician.

Is Sleepytime Tea Good for Anxiety?

Sleepytime Tea is associated with helping people fall asleep, but this tea is also good for generalized anxiety. The same relaxing chemicals in the tea that are used to induce sleep also help with mental stress and anxiety disorders.

A cup of tea like Sleepytime doesn’t help sleep apnea because this sleep disorder is caused by obstruction of the respiratory system during sleep. While drinking herbal tea may help a sleep apnea sufferer fall asleep, it doesn’t do anything to prevent the sleeper’s nasal passages from becoming blocked while sleeping.

A type of tea that can be beneficial for those with sleep apnea is green tea. Green tea has been shown to battle the cognitive degeneration that can result from obstructive sleep apnea. (Source: Science Daily)

Other Options for Sleepy Teas

Sleeptime is an effective way for healthy adults to nod off to a night of sweet dreams, but sometimes you just want to change things up. Here are some good options for other natural sleep aids that have a natural sleep-inducing effect:

Sleepytime Tea Is a Safe and Effective Sleep Aid

If you’ve ever wondered whether Sleepytime Tea is good for you, you don’t have to worry about adding this herbal blend to your bedtime routine. Not only is Sleepytime Tea safe for consumption regularly, but it also has many beneficial properties that can help you achieve better health.

So brew yourself a nice warm cup of this bedtime tea and get a good night’s sleep tonight.