Sea moss tea sounds sort of like an ingredient out of a witch’s cauldron. Thankfully, the truth is that this algae-derived tea is a nutritional powerhouse. Sea moss tea offers many health benefits for people who drink it as part of their regular diet.

Sea moss tea is good for you, but it does come with some health risks and side effects. Keep reading for more information on what sea moss tea is made of and how to make it at home.

What Is Sea Moss Tea?

Even though it’s called “sea moss tea”, most people don’t drink sea moss as a primary ingredient for tea. Instead, sea moss is processed into an algae-based extract that is added to tea as a beige-colored powder or gel. This processed form of the algae acts as a nutritional supplement rather than a flavoring.

What is Sea Moss?

Sea moss is a type of red algae harvested for its nutritional value. Sometimes called Irish Moss, carrageen moss, or by its scientific name chondrus crispus, these sea vegetables grow naturally around the British Isles, Europe, and the Atlantic coast of North America.

This variety of seaweed is used as a natural thickening agent in foods like ice cream, non-dairy milk substitutes, and beauty products.

Full of nutrients and essential minerals and vitamins, sea moss has also been heralded for its potential health benefits.

The flavor of natural sea moss is a big reason why most people don’t consume it raw. Raw sea moss has an unpleasant stringy texture and a strong fishy taste that is similar to oysters and clams. This makes it an off-putting flavor for a liquid tea.

Instead of eating this type of algae raw, most people consume a processed form of sea moss called sea moss powder. It also comes in a gel form. This sea moss powder or gel has a much less pronounced texture and flavor than raw sea moss and can be mixed into other types of tea that make it easier to drink.

What Kind of Tea Should Be Used with Sea Moss?

Sea moss gel or powder can be added to any kind of tea you normally drink, but even in a processed form sea moss will still have a distinctive taste and flavor that might make your tea taste funny. To help cover up the flavor of the sea moss, using strongly flavored herbal or spiced teas is a good idea.

Here are a few of the tea types that are best for helping mask the flavor of sea moss:

Sea moss powder or gel can also be ingested as a hot tisane by itself if you just want to take it as a nutritional supplement. However, it typically won’t taste as good by itself as it would mixed into a flavored tea. 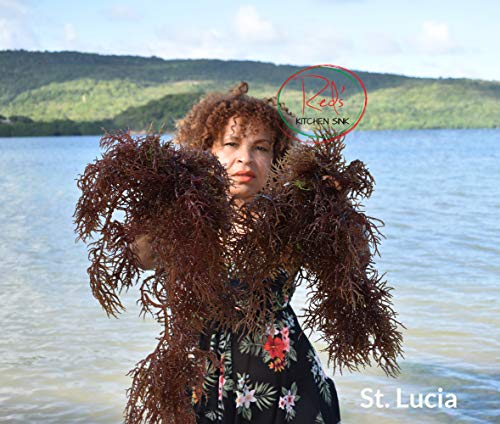 How Much is a Serving of Sea Moss?

A daily serving is about 2 tablespoons, or 8 to 10 grams of sea moss gel. If using sea moss powder, read the package recommendations.

How to Make Sea Moss Tea from Scratch

Make your own sea moss gel with this simple recipe. Soak dried sea moss in water overnight.  The next day, rinse and add to a blender with enough cold water to cover.  Puree until the mixture is a thick, gooey mix.  Use and refrigerate within two weeks.

How To Make Sea Moss Gel

If you want to try making your own sea moss gel that you can add to teas, smoothies, shakes or drink on its own, it’s pretty easy when you purchase dried sea moss.

The first step in making your own sea moss gel is washing and soaking. Wash well to remove any sand or sediment.

Dried sea moss should be soaked in cold water over night. When done, rinse it well. The sea moss should plump up and increase in volume during the soak time. You’ll know it’s ready when it’s transformed to a gelatinous consistency.

After your sea moss has soaked overnight, rinse it well under running water and drain.

Add your soaked sea moss to a blender or food processor, add fresh water to cover and blend until it becomes a thick liquid.

Once it’s blended, it’s ready to use in recipes or add to tea. Make sure to refrigerate your sea moss gel. It should keep up to 2 weeks when stored correctly.

Making sea moss tea is easy as long as you already have your sea moss powder or gel available. Once you’ve acquired some sea moss for tea, perform the following steps :

One of the advantages of adding sea moss to your tea is that the other flavorings of the tea can be adjusted to your tastes.

Whether you prefer a spicy chai tea or want something sweet and smooth that will make the sea moss easy to get down, there are plenty of options available to dress the tea exactly as you like.

Can You Buy Sea Moss Tea?

Luckily for us, you can now purchase sea moss in many easy to use forms. If you’re not up for making your own sea moss gel, this is an easy way to add this dietary supplement to your diet for good health. 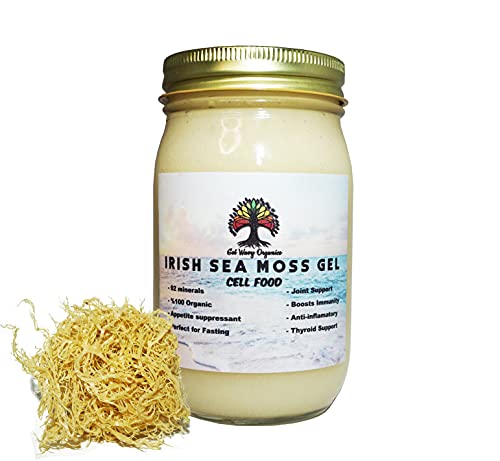 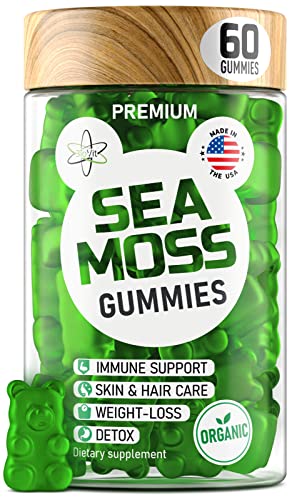 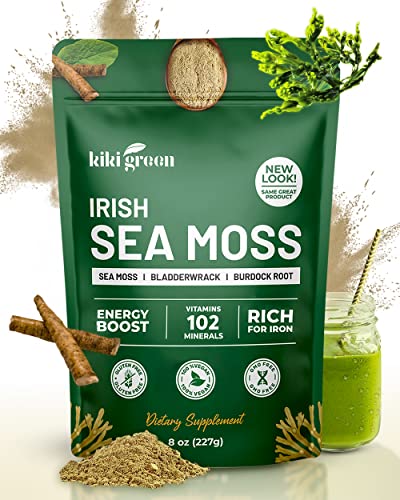 Sea moss is also available in these forms: 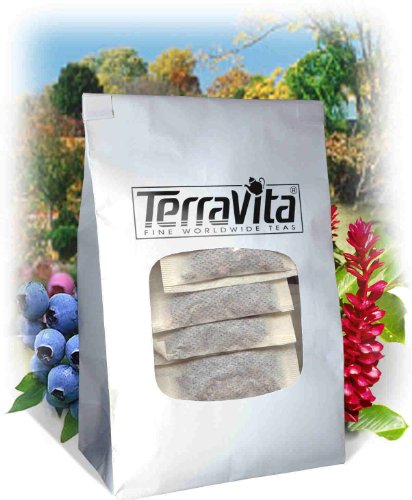 The main reason that many people decide to include sea moss tea in their tea rotation is for its health benefits. Sea moss contains many of the essential vitamins and minerals that the human body needs to thrive. These are just a few of the extra nutrients that can be found in sea moss tea:

Along with an impressive nutritional profile, sea moss is associated with several health advantages, such as the following:

These are just some of the biggest sea moss benefits. Sea moss tea has been used for centuries as a cure for everything from tuberculosis to the common cold. Even if you don’t need it to remedy health problems, the minerals it provides can help prevent a wide range of illnesses driven by malnourishment.

Side Effects of Sea Moss Tea

Because sea moss is high in iodine, be careful that you don’t consume more than one serving a day (2 tablespoons). In the case of any sea moss drink, it’s possible to have too much of a good thing. Too much iodine can lead to issues with thyroid health such as goiters.

Sea Moss Is a Nutritional Powerhouse

It might seem odd to add powdered algae as an ingredient to your morning tea, but sea moss can make your morning cup a lot more nutritious and healthy to drink. It’s a great way to get your daily dose of essential minerals and nutrients without taking a multivitamin, and can contribute to a healthy gut.