Weed tea might not be as common or popular as smoking weed and eating edibles, but it has been used for centuries as herbal medicine.

Weed tea is a tea made from steeped and decarboxylated cannabis. Once prepared and consumed, the tea provides a pleasant high while providing proven medicinal benefits.

Weed tea can also have a variety of mild to moderate side effects. Proponents of weed tea like it because you can get the benefits of marijuana without the harmful effects of smoking.

Weed tea is an effective medicine, but it has to be prepared properly to work. Keep reading to learn more about weed tea and how to make it.

What Is Weed Tea?

Weed tea is also known as cannabis tea, ganja tea, or pot tea. This tea is made from the cannabis plant.

Weed tea is consumed for recreational and medicinal purposes since it can induce euphoria and treat several symptoms of illness.

Weed tea has a slightly bitter taste with earthy, floral notes. For people who don’t like the taste of steeped weed, adding honey or sugar to the tea can help sweeten it and improve its flavor. You can also blend weed with another type of tea, such as black tea, green tea, or other herbal teas like hibiscus.

Along with the psychotropic high that it provides, weed tea has many health-related advantages compared to other types of tea and other methods of consuming cannabis.

Here are some of the benefits of drinking weed tea:

Weed tea is full of healthy catechins and polyphenols that can help prevent degenerative disease. However, this tea does come with a few side effects too. (Source: Johnson and Wales University)

Side Effects of Weed Tea

The side effects associated with weed tea are usually mild. Some people may have an allergic reaction to weed, so the first dose of weed tea you should take should be a small trial dose.

It’s important to measure the dosage of weed tea carefully to avoid ingesting too much. Taking too much weed tea is not dangerous, but it can increase the chance of uncomfortable side effects.

The first time you try cannabis tea or other cannabis edibles, start small to see how your body will react.

These are some of the side effects associated with weed tea:

The side effects of drinking weed tea are temporary and generally relieved by drinking water, eating food, and sleeping.

Even though weed tea is not considered dangerous, drinking it does have a few health risks. Here are some of the health risks to think about if you’re going to make weed tea:

What is the Decarboxylation Process?

Most recipes that use cannabis involve a chemical process called decarboxylation.

This process is necessary to activate the psychoactive effects in the raw cannabis flower (buds).

Without this process, marijuana buds contain THCA, which has neuroprotective and anti-inflammatory properties, but they won’t have a psychoactive effect.

There are different ways to achieve the decarboxylation process, but most involve using an oven to slowly heat cannabis to the required temperature. This heating process converts the cannabinoids but also can stink up your kitchen when the marijuana’s essential oils (terpenes) are released.

So if you plan to do this at home, make sure to open a window!

Where is Marijuana Tea Legal?

While many countries have allowed medical marijuana for years, more are allowing recreational marijuana, and still more are decriminalizing the possession of small amounts of marijuana.

As of November 2022 in the United States, there are 21 states, along with Washington D.C. and Guam, where marijuana is legal.

If you live in a place where marijuana is legal, you may even want to think about adding a few plants to your herbal tea garden!

Check your local ordinances before you brew up your own cup of cannabis tea, as weed tea is still classified as an illegal drug in some locations.

How to Make Weed Tea

Making weed tea is a simple process, and it’s a great way to consume cannabis buds if you don’t like smoking. Here are the supplies you’ll need to make your own homemade cannabis tea: 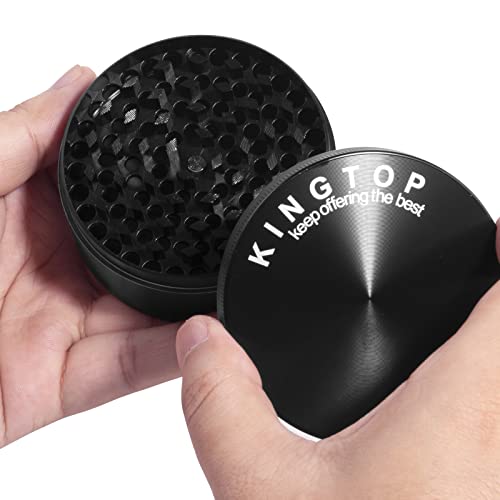 For the easiest way to make weed tea, perform the following steps:

Weed tea isn’t difficult to make, but the decarboxylation step is important if you want to get high from it. Adding oil is essential to help the cannabinoids bind, distribute in the water, and become bioavailable.

Depending on where you live, you may even be able to find cook books full of even more cannabis tea recipes. 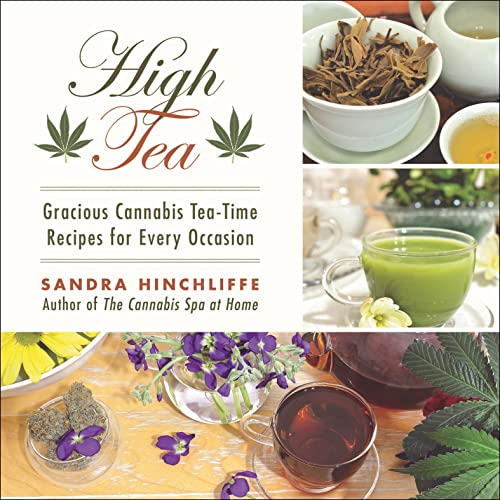 Other Ways to Use Weed

Once you’ve mastered making a cup of cannabis tea, you may want to branch out to try these other homemade edibles.

How to Serve Weed Tea

Some people don’t like the grassy, sometimes oily flavor of weed tea, so serving it with other herbal teas like mint can help to make its flavor more palatable.

Sweetening weed tea with sugar or honey can also help make it tastier to drink.

It’s a good idea to serve weed tea with a fatty snack, as the fat source can help activate the weed tea’s psychoactive effects. THC requires fats to dissolve and become bioavailable to humans.