Kashmiri tea recipes vary from recipe to recipe, but there’s one quality that all of these unique Indian teas have that sets them apart: these teas are a beautiful pastel pink color.

Kashmiri chai is a milk tea with a beautiful pink color made from Kashmiri tea leaves. The traditional method calls for baking soda, milk, and gunpowder tea.

This tea gets its distinctive pink color from a chemical reaction between the boiling hot tea and the baking soda that is added to it during brewing. It’s often garnished with a sprinkle of crushed nuts or dry fruits.

Kashmiri tea has been around for hundreds of years. However, it only recently began to gain serious popularity outside of India.

Keep reading to learn more about this unique tea and how to make it.

What Is Kashmiri Tea?

Kashmiri tea is a tea recipe that involves turning a loose-leaf green tea blend into a concentrate before adding iced water and baking soda to create a chemical reaction.

Aerating the Kashmiri tea with a ladle is one of the steps that help give Kashmiri tea its reddish coloring, which transforms to a pink shade when milk is added to the brew.

What Is Kashmiri Tea Made Of?

The chemical actions of the baking soda, iced tea, and aeration together are what give Kashmiri tea its frothy pink appearance.

Along with the above ingredients, crushed pistachios and other nuts are often sprinkled over the top of the tea as a garnish.

Many drinkers also add a pinch of salt to deepen the savory flavor of the tea.

The reason that Kashmiri tea recipes are pink is that the baking soda they contain interacts with some of the polyphenols present in green gunpowder tea.

These polyphenols mimic the chemical actions of phenolsulfonphthalein. This chemical is a common pH indicator that is more commonly known as phenol red.

When baking soda is added to these polyphenols, it causes them to have a base reaction. This is what gives the Kashmiri tea its red coloring, which is then diluted with milk to pink.

Other Names for Kashmiri Tea

If you’re a tea lover of this wonderful recipe, you’ll come across many other names for this traditional pink tea:

Kashmiri tea is a popular drink for its bright color and flavor, but there are also many health advantages associated with this ancient drink.

These are some of the health benefits of drinking Kashmiri tea:

Kashmiri tea is a healthy choice for a tea-based drink if you’re looking to swap up your regular morning brew. The medicinal advantages of green tea are even more appealing than its flavor.

Kashmiri tea has a milky, creamy flavor with notes of grass and citrus from the green tea that it is based on.

This unique drink is different from the more widely known Masala chai because it’s not made with a stronger black tea base, but uses green tea.

Sometimes small amounts of spices are included in Kashmiri tea, though it isn’t as heavily spiced as its cousin Indian chai tea. Chai is typically seasoned with heavy amounts of strong spices like cinnamon, cloves, and black peppercorns.

In comparison, Kashmiri tea is a more delicate-tasting drink that is gently spiced with green cardamom pods and cinnamon.

How to Make Kashmiri Tea

The process of making Kashmiri tea is slightly more complicated than making a mug of regular green tea, but with a few easy recipes, it’s definitely doable.  However it does take some time since an important step is reducing the tea mixture until there’s very little water left.

This is the authentic process for making Kashmiri tea recipes, but you can add a more concentrated tea to reduce the amount of time spent making the tea concentrate if you wish.

Whole spices like cinnamon sticks, star anise, and cardamom seeds can also be added during the brewing process to give the tea a stronger spicy flavor.

Kashmiri tea can be difficult to find. Gunpowder green tea is a good substitute.

Try adding a cinnamon stick, and a few whole cloves for added flavor.

As an Amazon Associate and member of other affiliate programs, I earn from qualifying purchases.

How to Serve Kashmiri Tea

Once brewed and aerated, Kashmiri tea is usually garnished with a crumble of crushed pistachios and other nuts.

Kashmiri tea is traditionally served hot, but this tea can also be made into a cold or iced tea. Kashmiri chai is sometimes used as the base for bubble or boba tea recipes.

Can you buy Kashmiri tea?

Luckily, you can buy almost anything online and Kashmiri tea is no exception. You can get Kashmiri Kahwa (tea leaves already mixed with spices) like this one: 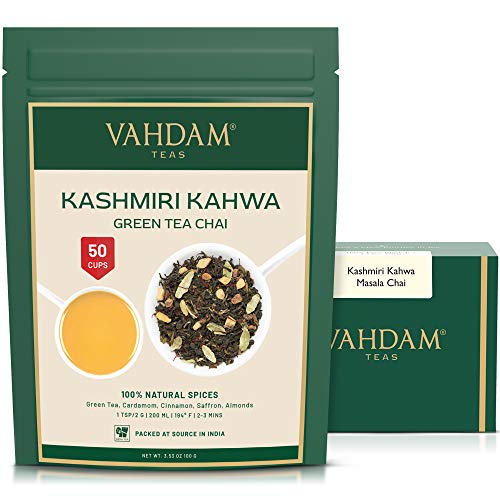 And even instant Kashmiri tea in packets that you just mix with hot water: 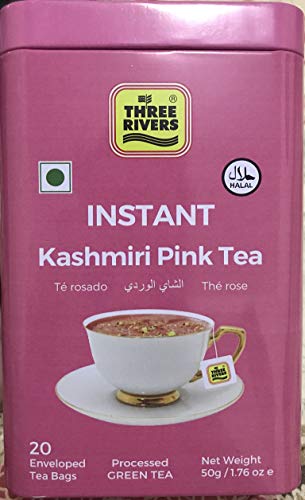 Kashmiri Tea Is a Pakistani Treasure

Despite its relative obscurity, Kashmiri chai is one of the most beautiful and delicious tea varieties to come out of the Kashmir valley in south Asia.

Chock full of nutrients and unique flavor, this dusty pink tea is sure to add some pizzazz to your morning tea routine. 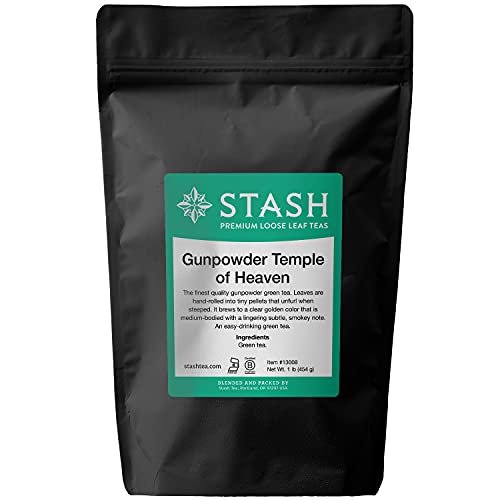