Palo azul is a bark also known as kidney wood used in a tisane, or type of herbal tea, to create a detoxifying tonic. This bark is famous for its ability to turn any water held in it or boiled with it a fluorescent blue color that makes the water opalescent. Water vessels made of palo azul have commonly been gifted to royalty for centuries.

Palo azul tea is brewed by boiling several pieces of the bark of the palo azul plant in a pot for an hour. This tea can be served with several other aromatics to change its fragrance and flavor. Palo azul tea is prepared as a medicinal tonic known for its anti-inflammatory and detoxifying properties.

The eysenhardtia polystachya, or kidneywood, is a small tree native to Mexico and the Southern United States. The bark of the palo azul tree has been used for its medicinal properties by indigenous people for centuries.

What Is Palo Azul Tea?

Palo azul tea is an herbal tonic introduced to Spanish missionaries from the indigenous peoples of Central and South America. Also known as snake water by the Aztecs, this boiled tonic has traditionally been used to treat many different illnesses.

Palo Azul tea might sound like an exotic concoction, but it really isn’t that difficult to make. Just follow the steps above and you’ll have your own batch of palo azul tea in no time.  It’s even possible to buy online, like this popular Palo Azul Blue Stick Bark made especially for tea. 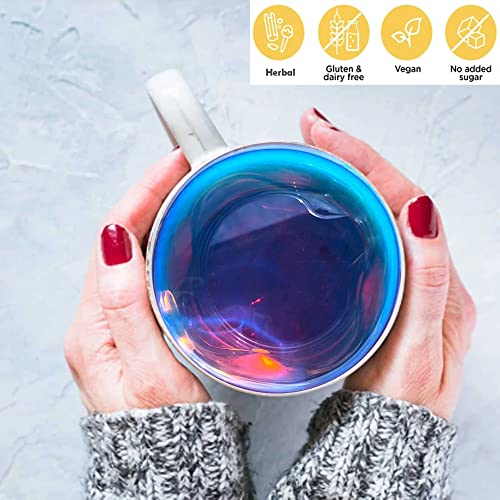 Palo Azul tea has a unique flavor that isn’t replicated by any other type of herbal tea or tisane. The flavor is considered to be similar to pure water, but with elevated notes. This makes it an ideal background flavor to add other sweeteners or aromatics on top of. It can be included as part of a mixture in other herbal teas due to its mild flavor.

How to Serve Palo Azul Tea

Palo azul tea can be served either hot or over ice cubes, but it is usually mixed with sweetener since it doesn’t have much flavor otherwise. It can also be mixed with other herbal remedies.

Depending on what you’re taking palo azul tea for, you can choose other herbal ingredients that can help increase the tea’s numerous health benefits. For example, if you want to create a palo azul tea for its digestive properties, you can pair it with other herbs known to calm digestive issues, such as peppermint and chamomile.

Since palo azul tea doesn’t have much of a strong flavor on its own, it’s a good bark to pair with stronger herbal flavors. Add turmeric, ginger, or cayenne pepper to your palo azul tea to change its flavor and add new medicinal benefits.

Even though palo azul has a mild flavor that many people find enjoyable, most people don’t drink it for the taste. This tea is best known for its positive health influences on several systems in the body.

Here are just a few of the health benefits associated with drinking palo azul tea:

Along with the above palo azul tea benefits, this pale blue tea has also been drunk for hundreds of years as an anti-cancer preventative, but there have been no major traditional medicine studies have been performed to verify this claim.

The theory is that palo azul tea helps fight oxidative stress by balancing free radicals and antioxidants in your body. This antioxidant boost is known to help inflammatory conditions as well.

Palo azul is a diuretic, which means it can help clear your body of toxins. This makes it a good tea to take when you have a urinary tract infection (UTI) or bladder infection since it can help clear out any bacteria or other toxins being generated by the infection.

Palo azul tea can support your whole urinary tract, from protecting your kidney function to helping your body heal from kidney infections and urinary infections.

Before adding any herbal remedy to your diet, always talk to your health practitioner to make sure it’s safe and won’t interfere with your health.

Unlike many other herbal teas, palo azul is generally considered non-toxic and is not known to negatively interact with any known pharmaceuticals. There are no known side effects recorded that are associated with drinking palo azul tea, and it is considered safe to drink.

This non-toxic quality and lack of side effects makes palo azul tea a great herbal remedy for people who are wary of other herbal medications that come with documented side effects or drug interactions. Palo azul can offer many of the same health benefits without the associated negative symptoms.

Even though palo azul tea is known to be safe, it’s still a good idea not to drink this herbal tea if you’re pregnant or think you may become pregnant. This is because the safety of palo azul has not been tested clinically in pregnant women.

Also if you have a history of kidney problems, speak to your doctor before trying any herbal remedy.

Palo Azul Is a Powerful Detoxifier

Palo azul isn’t as well known as some other herbal teas, but if you’re looking for a strong detoxifying tonic and kidney cleanser, the bark of the palo azul tree a good botanical to go to. Its beautiful blue hue, mild flavor, and strong medicinal benefits make it a great tea to add to your collection.

While you’re experimenting with herbal teas, why not try chaga mushroom tea to change up your morning drink?

Want to Save this how to make palo azul tea post for later?  Save it to your favorite PInterest Board and pass it on!