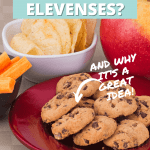 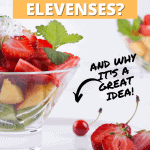 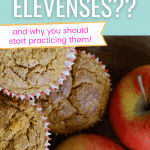 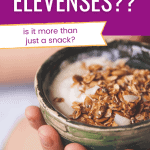 Have you ever found yourself hungry in the middle of the morning with a while to go until lunch, wishing you could take a snack break? Many countries around the world have just such a break scheduled into the workday. In Britain, they are known as elevenses.

Elevenses are a scheduled mid-morning snack break that helps energize a worker until their lunch break. Often consisting of tea and a pastry, these breaks are an opportunity for socialization with friends and colleagues.

Elevenses have become an important ritual in many cultures. If you are interested in learning more about elevenses and how you can incorporate them into your daily schedule, read on.

Elevenses are a Morning Snack

Many people have heard of the British tradition of afternoon or high tea. This is an afternoon break with tea, sandwiches, and scones to help with hunger before a late dinner. Elevenses are a similar tradition, except that they happen in the late morning.

Unlike brunch, they are not a full meal, rather a little something to keep you going until lunchtime.

As the name implies, this tea break generally happens at 11 o’clock in the morning. Many British workplaces give their employees a short break at this time to have a cup of tea and a snack. This break revitalizes workers and keeps them energized for the rest of the morning.

It also gives them a chance to socialize with colleagues and build work relationships.

Elevenses Are Not an Old Tradition

As British food traditions go, elevenses are a relatively new one. The mid-morning tea break became popular during the rise of the industrial revolution. For the first time, Britain had a labor force working long, set hours in mills and factories.

Owners recognized that for their workers to be productive and safe, they needed energy throughout the day. Tea breaks became the norm.

Tea Was Not Always a Popular Drink

Britain is associated with tea time traditions around the world. It is a popular drink that people from every level of society drink regularly. This was not always the case, though. At first, tea was associated with royalty. Queen Catherine of Braganza, the Portuguese wife of Charles II, introduced tea to the royal court.

In the beginning, tea was an exclusive beverage. As it was imported from China and India, it was expensive and generally only consumed by the wealthy upper classes. The lower classes mainly drank ale and gin in taverns.

By the 1750s, the lower classes were drinking tea. This worried the tavern owners, who were seeing a loss of business. They appealed to the government, which imposed high taxes on tea. Eventually, the taxes were lowered, and shipping innovations meant that tea leaves were easier to transport to Britain.

This lowered the price of tea and made it more widely available.

Lower tea prices and the rise of temperance in the early 19th century led to the widespread adoption of tea drinking. People across the country were consuming tea, and rituals like elevenses and afternoon tea were born.

The concept of elevenses has even made its way into literature. In the Middle Earth novels by J.R.R. Tolkien, elevenses are one of the seven daily meals of the hobbits, served between second breakfast and luncheon.

Winnie-the-Pooh did not have tea with his elevenses. He preferred bread with honey and condensed milk. Another famous literary bear, Paddington Bear, would have hot cocoa with marmalade sandwiches.

At their core, elevenses are a morning break where one drinks a cup of tea and has a snack. It can be as fancy or as simple as you want. Unlike afternoon tea, the food accompaniment is lighter, generally a muffin or a cookie. Cakes are a popular pairing with tea in the morning and the afternoon.

As coffee becomes more popular around the world, some people have started drinking it instead of tea. The options for food and drink during elevenses are endless. The purpose of this break, after all, is to stem any hunger before lunch and to get enough energy to make it to lunch.

Similar Traditions Around the World

The British are not the only culture to embrace a mid-morning snack break. People around the world have embraced the mid-morning break to relax and rejuvenate.

Fika is a State of Mind in Sweden

A simple translation of Fika is coffee and cake, but it is much more than that to the Swedish. Fika is an important daily ritual, and most Swedes make time for it every day. It is a social event where they can connect with their friends and colleagues over a hot beverage and a small snack. They feel it energizes the mind and strengthens relationships.

The food and drink consumed during fika are not as important as the social aspect of the ritual. People will often make something at home to share with others. Interestingly, fika is often enjoyed by candlelight, even in office buildings. Candlelight improves the atmosphere, and people are discouraged from using smartphones. All these considerations make fika a relaxing event.

Dutch Tienuurtje is for Children

In the Netherlands and the Dutch part of Belgium, a morning snack is common for children. This snack break is called tienuurtje, which means “little ten o’clock.” This meal usually consists of a couple of cookies or a piece of fruit. This break is usually part of the daily school schedule.

Elevenses Are Called Onces in Columbia

During the Spanish colonial period, the capital of Colombia was called Santa Fe de Bogotá. The traditional morning snack, onces santafereñas, dates back to that time. In Spanish, “onces” literally means “elevenses.” According to legend, this name was a secret code that monks would use when they snuck out to drink aguardiente, Columbia’s national liquor.

These days, onces can be eaten mid-morning or mid-afternoon. The traditional meal is cheese bread and a hot beverage. A popular beverage is aguapanela, which is made from sugarcane. It can be served cold or hot.

Second breakfasts originated in pre-industrial times when farm workers would start the day very early with a light breakfast and take a break mid-morning to refuel. This tradition continues across Central and Eastern Europe, as well as in Spain, where it is called almuerzo.

The food can be as little as a few pastries or as much as a full meal.

The Takeaway: Make Elevenses Part of Your Day

If you often feel like you need a formal break in your morning to refuel and have a snack, start doing so. Encourage your coworkers to join you. Elevenses are not meant to be a solitary activity you do at your desk.

You don’t have to go as far as the Swedes and light candles in your office’s break room, but you can make it a time to socialize.

Workers who are happy and not distracted by hunger are more efficient. If you feel like your whole office might benefit from this ritual, let your human resource officer know about it.

Let’s make it a mission to bring elevenses to workplaces across the country. Everyone deserves the chance to step away from his or her desk for a hot beverage and pastry.

If you love tea as much as I do, pin this Elevenses post to your favorite tea-loving Pinterest board and pass it on for others to enjoy! Pinkies up!